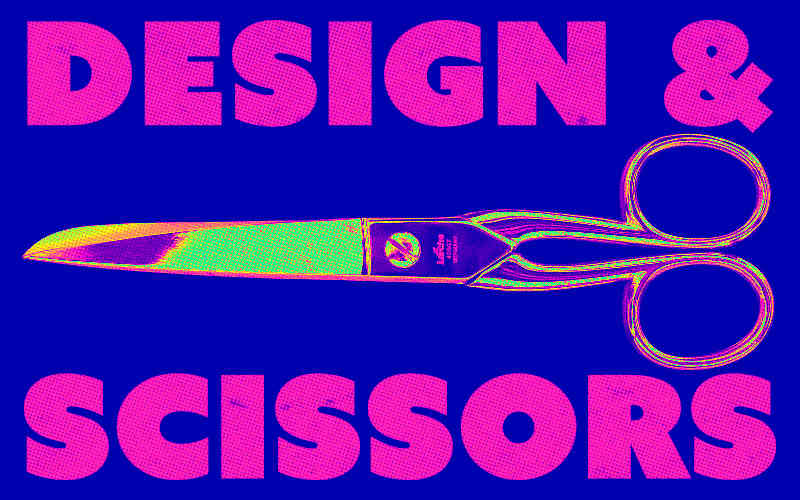 “Where are your scissors?”

“In the stationery drawer, why?”

In creative and design and lateral thinking workshops one of the oldest tricks in the book is the brick. Master comes into room. Master places brick on table. Bits of fired clay crumble onto table. That will leave ochre stains on the paperwork, thinks apprentice secretary. Master ignores secretary.

“Write down as many uses as you can for a brick. Don’t talk with each other. You have five minutes.”

Feverishly, the acolytes of creativity scribble down what they can do with a brick.

Build a house. Build a bridge. Build a fireplace. Break a window. Break a head. Make a road. Build a wall. That’s the basic supplicant. No real creativity there. Master nods and mutters, “everybody can learn to be creative, you’ll see.”

Write with the brick. Break the brick and make ochre face paint. Play dominos with the bricks. Use the brick as a hat. Make a rat trap. A nut cracker. A door stop. A baloon anchor. A bookend. A weight. A counterweight for a trebuchet. A mnemonic aid for remembering things that are heavy, hard and friable. Master nods. This is better.

Of course, the Sumerians have us beat. They used even used bricks for paper and nails.

Then we leave the workshop and we go back to doing things the way we always did, but armed with the knowledge that we know how to think like designers.

“I will use the scissors in the stationary drawer to cut meat.””

Then I went to Korea, and hardly slept, and my neck was stiff, and I was hungry and we went to “a grilled eel place.” We sat down at a table with a built-in grill and a metal proboscis hanging from the ceiling. The waitress turned a switch on the proboscis and pulled it into place over the grill: an indoor extensible chimney. The US patent office calls it a smoke extractor. Fascinating, right? All this was new to me.

Then the waitress grabs a long eel fillet with a pair of tongs in her left hand and cuts it up into chop-stickable chunks with a pair of scissors in her right hand. I stare.

That’s not what scissors are for. The wrongness hits my brain like a truck. We don’t do that (in Europe*). Sure, we might use kitchen shears. For, maybe, cutting up a chicken. Or in a chicken slaughterhouse. I could think of no good reason to use shears at the dining table. But these weren’t even shears. They were scissors. Like the ones in my stationery drawer.

Everywhere in Korea, in restaurants and homes, I saw scissors at the dining table. They worked well, and they were useful. Cutting up vegetables, steaks, side dishes, fish, mains, pancakes into mouthfuls.

Still, my brain screamed. This is wrong.

That moment, when my brain screamed, I realized. This is the moment of the new. This is what creative insight** feels like.

It feels unpleasant. A part of my reality, of my normal world, was exposed as just my story. And this was just the story of scissors, imagine if it were something bigger and more vital! Whoah.

Some months later, we stopped in Bergamo for a day. We visited the cathedral and heard some epic baroque awe-inspiring god-fearing music. Then we stopped for some sliced pizza. The waitress grabbed a corner of the large, rectangular dish-baked pizza and with a pair of scissors cut out two pieces for us. I guess we do that, too.

We now have scissors in our kitchen, next to the knives. And they’re scissors, not shears.

*We didn’t use them because, with a fork and knife, every meal is adapted to the tools we are used to. Our tools and habits form a utility ecosystem that seems natural because it surrounds us completely.

A separate example is the cheese shaver (Nl. kaasschaaf) popular in the Netherlands, northern Germany and Scandinavia. It was introduced in 1925, and today nearly all cheeses produced there are made to slice neatly when shaved.

**There is also something to learn about design here, beyond listening to feelings. Sure, when an idea feels uncomfortable, when it makes me feel a bit weird, that’s a place to explore. It’s a boundary of the expected, perhaps close to a new discovery.

But design isn’t about just me and my self-discovery. It’s about creating something new that is widely useful. That’s why tossing around ideas and brainstorming in a group is so useful: how people react, what ideas discomfit them, is a gauge to the normal of a society. It’s a compass of where the self-evident might give way to the new. Perhaps, a new design step should be, besides marking the ideas that people like the most, marking those that they dislike the most. The silliest. The nastiest. The scariest. Sometimes, a design appears in the negative space, too.