When I was six years old, I went to my first day of ESL (English as a Second Language) class at the International School of Tanganyka. I was pretty proud that I could count a bit already: “one, two, tree.”

I was immersed in Amglish culture. From Enid Blyton to Dr Seuss, and so forth.

In the late 1980s and early 1990s Fear of Japan was gripping the English-speaking world. Rising Sun (1993) and the fables of “Tokyo’s real estate more valuable than the entire USA”. But one racist dream floated overall. The Japanese might make good products (Sony), but they were not actually capable of creativity. They knew how to take an idea and improve it, but new ideas? No. Despite the evidence of my Nintendo Gameboy.

Korea, China, Thailand, Vietnam, and the rest of East Asia? Oh, those would be mired in poverty, overpopulation, and misery for ever. To a ten-year-old in 1992 the First World and the Third were facts. Like gravity. To be fair, the IST strove to present a balanced perspective, but school’s not as cool as an action movie.

Now I can return to tree.

Oriental art seemed to bolster the argument against Oriental creativity. After all, from what I could tell from a distorted distance, it all seemed very similar. The same kinds of houses with tile roofs, the same motifs of blue dragons and vermillion birds and black turtles and white tigers. Most strikingly, the landscapes seemed to be stylized in the same unchanging way for centuries. Millennia, even.

In particular, the pine tree. The deliciously exotic portrayal of the gnarled pine tree, long-lived and virtuous. Or something. 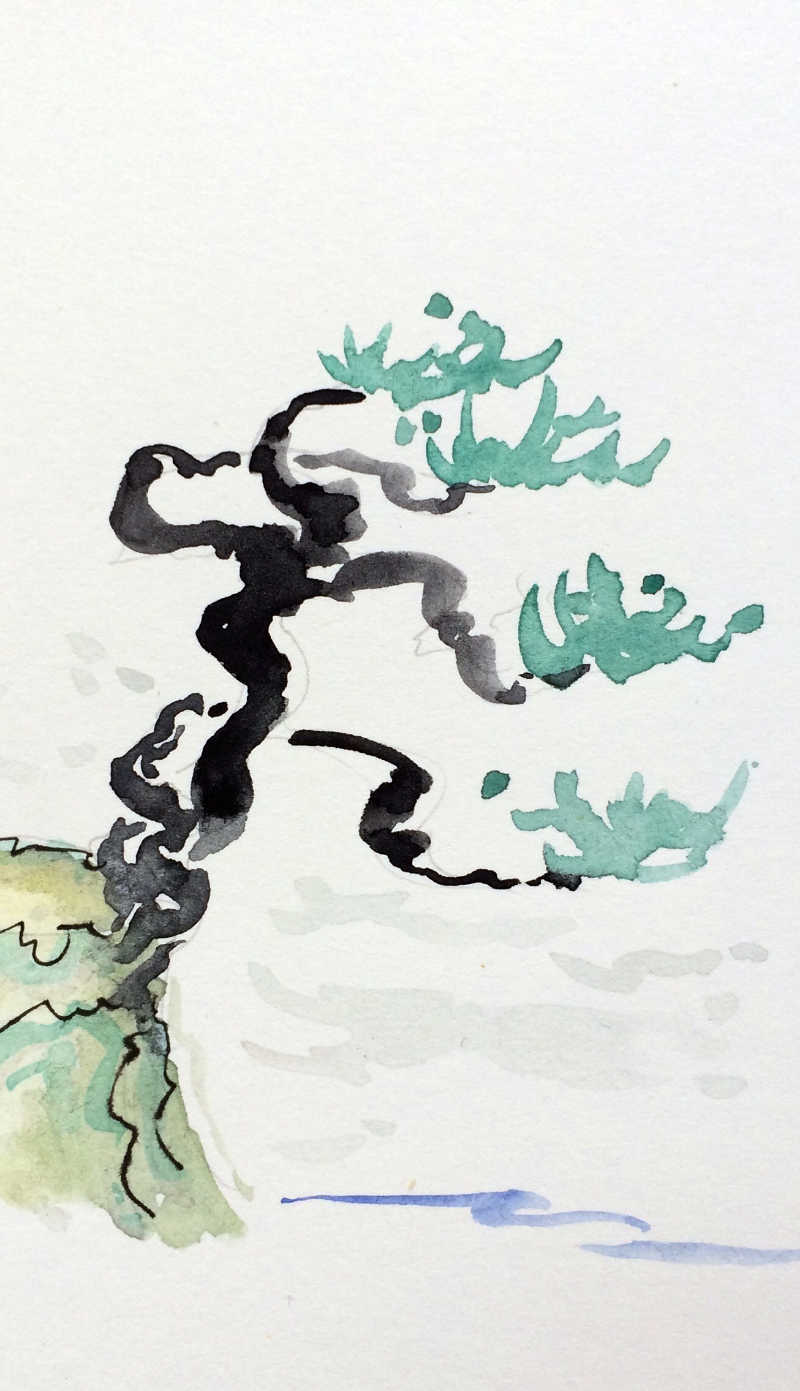 Look at it! They’ve been stylizing the pine tree as a hunched, yet verdant, old man! For centuries. Repetition, I tell you.

As a good European, I knew what a pine tree looked like. It looked like a Christmas tree. Or, occasionally, one of the bobbly, tufted Mediterranean ones we took our summer holidays under.

By the 2000s, Europeans’ arguments about the uncreative Japanese had expanded to the Koreans and the Chinese. Sure, they make good cars, monitors, smartphones, ships, cosmetics, anime, tea, robots, spaceships. But like the office drone’s brand of choice says, “Designed by Apple in California. Assembled in China.”

Because, what could one expect from a culture that has been painting pine trees the same way for a thousand years, right?

I arrived in Korea at night. It was dark and the lights of the cities sparkled as we drove home from the airport. At some point when the sky was light, jet lag pushed me awake and I walked to the park.

Nearly all of the pine trees were gnarled, lumpy and twisted. The paintings had not been stylized at all. Or rather, I had focused on the shape of the trees and been blinded to the painting styles. I felt rather silly.