Two years ago I had no first-hand experience of South Korea. My expectations were those of a moderately well-read and well-traveled European. High-income country based on GDP per capita. Densely populated. Very plugged-in, overworked populace. High-tech. Eat live octopi.

That is to say, I knew nothing.

The first time I visited, I was dumbstruck. I was in a future 10 or 15 years beyond the Atlantic Fringe. I was also in a completely new cultural universe. And I saw a profoundly different attitude to design.

I’ve been circling around this topic for months, trying to find the right approach. Indeed, it was my initial reason to write this blog. In Europe we talk a lot about “creative economy” and “design thinking” and “innovation” and “new economy.” But, I must say, we could learn a thing or two.

This is a broader topic than technology or science.

Let me illustrate with one astounding invention: what I call the shopping trolley guide rail.

Korea is a hilly peninsula, and though its dense cities huddle in flat valleys and basins, slopes are inevitable.

During my first stay in Seoul we visited an Emart, a local supermarket chain. We parked in the lot behind the main building, walked up the gently inclined sidewalk and around the corner to the store entrance. Shopping completed, I pushed the heavy trolley of groceries out of the shop.

“Use the rail,” Youjin said.

“The rail,” she pointed, “put the trolley’s wheels in there.” 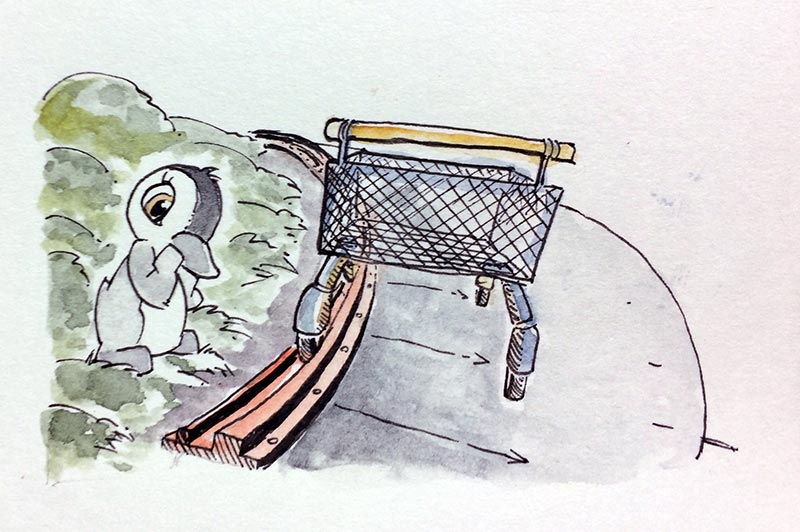 I looked at the metal rail that ran all along the inside edge of the sloping sidewalk, bewildered. What could be the purpose of this thing? More detailed instructions followed, and I pushed the trolley’s left wheels into the guide rail’s groove.

As we walked back down to the parking lot, all I had to do was gently hold the trolly, the rail keeping it from drifting sideways on the slope.

I was astonished and amazed, and said as much.

Youjin was less than impressed, “Well, of course! How do you expect a grandmother to push a heavy trolley down to her car? What if the trolley got away from her and tipped over? It would be a mess! Don’t you have things like that in Europe?”

Why had I never seen such a brilliant solution to trolley escape attempts in Europe? 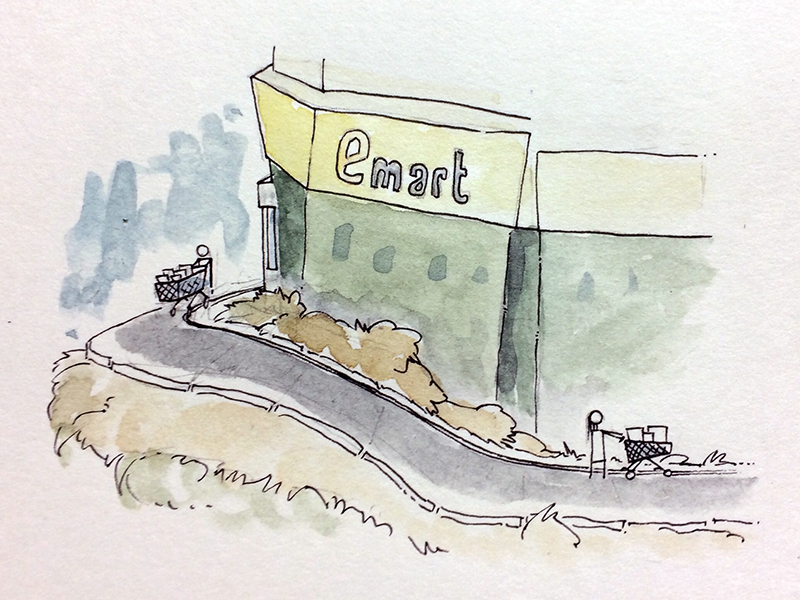 I’ve lived in Alpine countries, and the only fixes I’d seen were elevators, escalator ramps, or massive earthworks to level all the terrain around a supermarket (I’m looking at you, Aldi). And here, in Korea, someone had invented this rail that cost maybe one percent of the other options.

It works perfectly. It’s easy to install and maintain. It also does not look like a top-down corporate-level design solution. Was it the store manager? The building company? Who had figured this out?