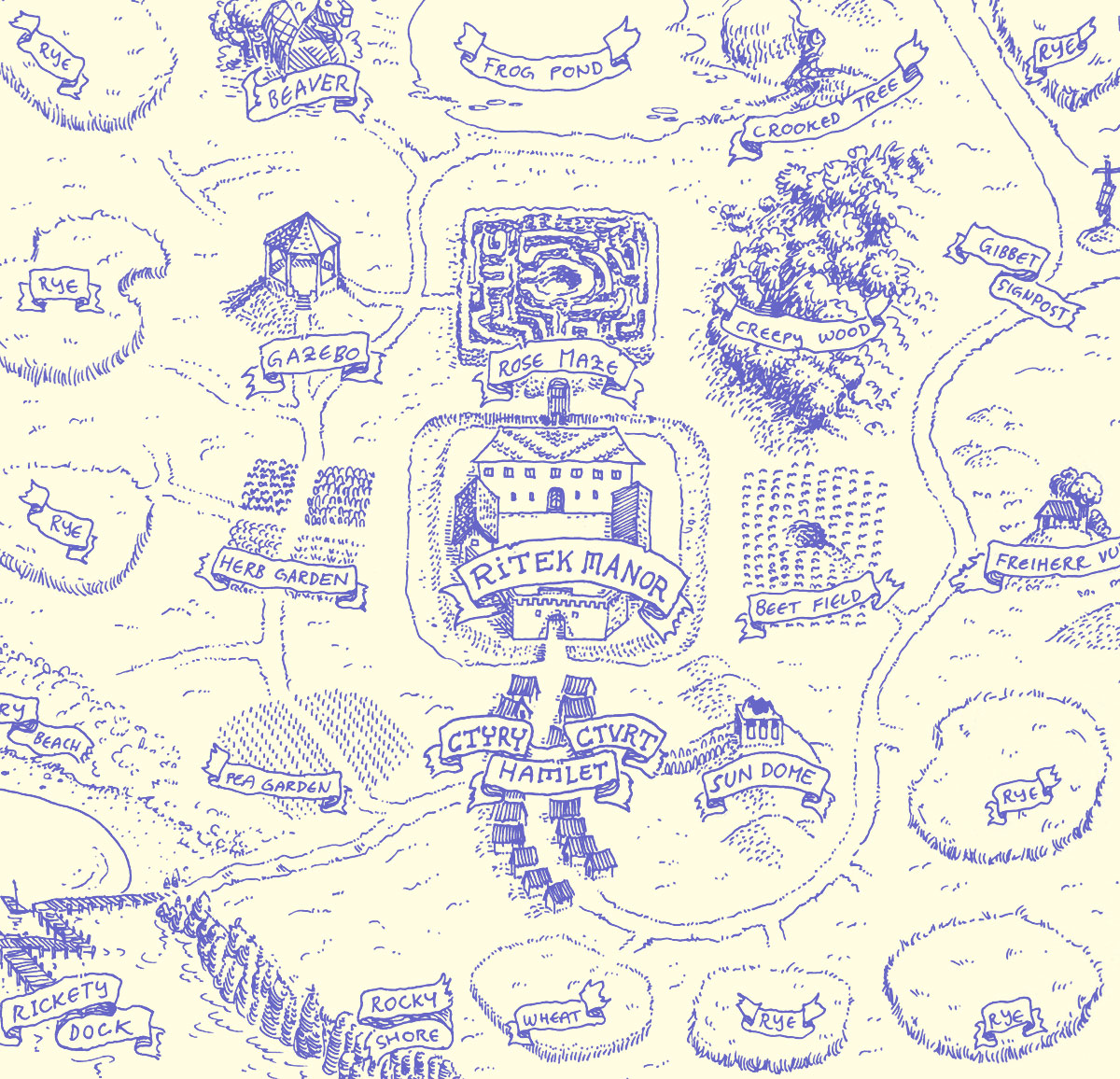 I learned the alphabet and how to read when I was three years old with a computer game. I had to match pictures and letters to the angular marks on the stubby rubber keys of the ZX Spectrum 8-bit personal home computer that my father brought home to Yugoslavia from a business trip to London. The little computer used a tape deck and cassette tapes to store data, and an old black-and-white cathode ray TV as a display. I sat on a chair, on two additional cushions, to reach the keyboard properly.

That game, Alphabet (1983) by Widgit Software, and it’s blaring 8-bit win sound whenever I successfully pressed the right letter opened the world to me. Fairytales from China, horror stories from Maine, overconvoluted deconstructivist discourses from France—it all started with a computer game.

But soon the world began to tell me a different story. Games are stupid. Games are childish. Games make you violent. Games are a waste of time.

The older I grew, the more embarrassed I became of my love of games.

In middle school I was chubby and played Dungeons & Dragons, while popular boys played soccer and softball, and went to sailing classes. One day a cruel acquaintance of my mother’s said to me, “Hey, Fatso, bring me some water. You need the exercise.” I knew I needed to “exercise more” from a very early age, and sitting down to play games, I felt guilty.

In high school I single-handedly brought tabletop role-playing games to my home-town. It’s not that hard to start something new, when your town has under 4,000 people and its only five years after the fall of communism. It is hard when people look at you very funny, because … why aren’t you doing something proper? Like a nice traditional card game from the middle ages, or track-and-field, or mushroom-picking in the forest? What’s with these computer games and play-acting games?

I wanted to fit in, like almost every young human, and repressed my games into a neatly marked-off box. Together with my writing and my drawing, and other things I love. All went into the box of childish things to set aside, to hopefully gather dust, and disappear.

Was there a fantasy of manliness in there? Of physical culture? I don’t know.

I do know that nobody told me that the things I loved, the writing and the art and the games, were valuable and precious. That those things I loved were empowering: the building blocks of passion, motivation, connection, humanity, and growth. Nobody told me, and for the longest time I didn’t see, that I could and should use what I love as a foundation stone of a good life.

I mean, it sounds so stupidly obvious.

I sorely want to blame someone, some society, for this oversight. For not telling me that being passionate about the things you love is a good thing. That it’s ok to not be cool, suave, and detached.

However, I doubt there’s anywhere I could throw the brick of blame, no guilty glass to shatter.

In the spring of 2010 my father and I got a dog against the wishes of my mother. We named her Tiba II, after our first dog Tiba, back in Dar es Salaam. She was a beautiful, fluffy, terrified, slobbery, 10 kilo puppy. Half Great-dane, half Labrador, she swiftly grew into a big black bitch of 65 kilos. Every day I could, I would go home, take her for walks, and train her.

She really hated the trainings, but she loves us all. I don’t think she has very many years left, but she has taught me one very important thing: she doesn’t care what I like, but she does like our walks very much. And that’s ok.

From her I learned that love is about respecting the other person’s world.

In 2013 I moved to Switzerland for a job that came with a decent paycheck and an abusive boss. Living alone in a new city, in a new country, I had the pleasure to experience loneliness and being alone. I learned how to roll my own cigarettes while looking out at flickering lights of Evian, where the water flows from the taps. That wasn’t so good. I did also learn that I would have a life of my own only if I got off my ass and built it for myself.

Online, I discovered a DIY D&D community of humans of all shapes, largely thanks to a random circle-share by Zak Smith, and then to a great collaboration with Chris Kutalik and the whole Hydra Co-operative. Offline, I built the Golden Goats, our D&D group, with men and women, gamers all, from nearly a dozen different countries and professions.

Over the years I had nervously been sidling towards visual art under the guise of graphic design and UX design. I could pretend to reason, method, and above all, seriousness, in the work. The arcane formulas of cyan and magenta and yellow and K, the odd numbers of points and picas, the jargon of kerning and leading, breaks and widows and children.

Design had given me a way to do art, while pretending to be a grownup. You might say that looks ugly, but the kerning was perfect.

In analogue fashion, role-playing games had given me a way to scootch towards telling stories, without the pressure and threat of the blank page, without the pressure of writing publicly. So long as I wrote “game stuff,” it wasn’t really writing, and if I made a terrible turn of phrase, or broke off a story to appease some demon of long ago, that was alright. It was just for my gaming hobby, I could tell myself.

Role-playing games gave me a way to write, while abandoning self-consciousness.

A Jesus could have been born and nailed in the time that’s passed since the spools of magnetically-coated polyester-type plastic film turned and whirled to teach me the alphabet on that old ZX. Time to stop pretending that hiding my love of games makes me better. There are no discontinuities between my identities of man, gamer, husband, artist, son, writer, Slovenian, human.

Did you read this far?

Well, then you’re up for a small challenge. Game your life a bit, and give yourself a new memory. Grab a six-sided die, roll it, and do the following challenge: